Dahlias are timeless flowers that have been popular for centuries for their beauty and long history. A popular flower for wedding bouquets because of how many different types and colors are available. From the needle-like petals to the blossoms that starkly resemble a ball. Wholesale Flowers & Supplies is proud to carry many of these different varieties of Dahlia flowers. Let’s discuss some more about the meanings behind this beautiful flower and some fun facts about it. 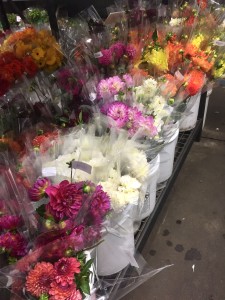 The Dahlia’s name has been debated on for many years. Carl Linnaeus naming the flower after a student whose last name was Dahl is one of the most popular stories. However, Linnaeus died before the flower was ever named. It is still unclear to this day where the name came from. Many scientists have tried to change the genus name to Georgina but have come up short.

The colors of dahlia flowers carry very powerful meanings. Going back hundreds of years, these flowers have been used to communicate ideas. Red dahlias convey power and strength to the person that is receiving the flowers. Pink and purple blooms are attached to kindness and grace. White is a very popular color, symbolizing purity and focus. There is no such thing as a “black dahlia”, instead it is a dark burgundy color. These black dahlias are not what you want to receive as a gift as they are tied to a warning of betrayal.