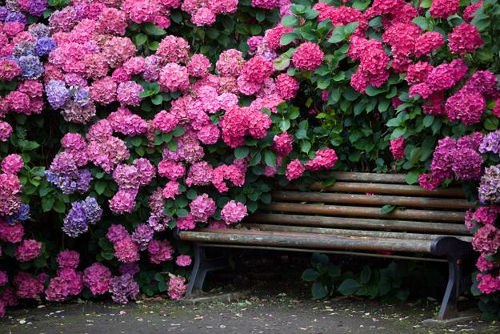 Hydrangeas are one of the most commonly used and widely appreciated flowers in the world today. It’s delicate flowers and pom-pom or ball shape makes them a popular choice for all sorts of arrangements. They’re given as gifts as a sign of gratitude for the recipients understanding and devotion. Hydrangea’s are also known to be the official 4th anniversary flower.

There’s over 70 variations of the hydrangea genus, most of them made in France. They grow naturally in White, Blue, Pink, Lavender, and Green, but can be dyed to create wild colors for any occasion. The color of the flower is determined by acidity of the soil.

Because of its distinctive cluster of elegant petals that resemble a group of butterflies about to take flight, hydrangeas have become a standard for wedding centerpieces, bouquets, pew and belly bar arrangements. Or enhance your everyday flower arrangements with the addition of a soft touch, change of texture, and popping color. 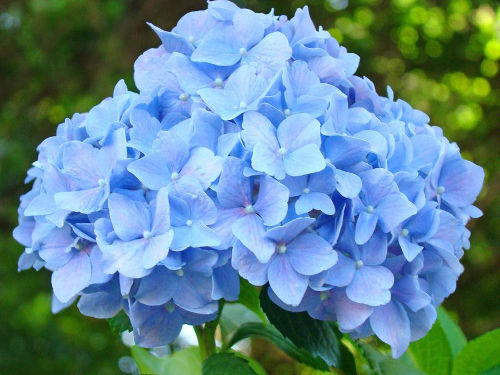 Deriving from the Greek words “hydos” and “angos“, the word hydrangea literally translates to “water vessel” or “barrel”. This is fitting because the flower requires frequent watering and care during the one week of admirable life that it will have. To further the vase life of your hydrangeas, change out the water and re-cut the stems every other day.

Indigenous to the Americas and East Asia, hydrangeas were introduced to Europeans in the 18th century and quickly became one of the most admired flowers on the market. In the past, Native Americans have reportedly used the stems and roots of the flower to remedy bladder problems and muscle pains. According to folklore, hydrangeas were used to break curses that were placed by witches by wearing it as a necklace or consuming its roots. Today, they’re used to create effortlessly beautiful floral arrangements and sincere gifts. 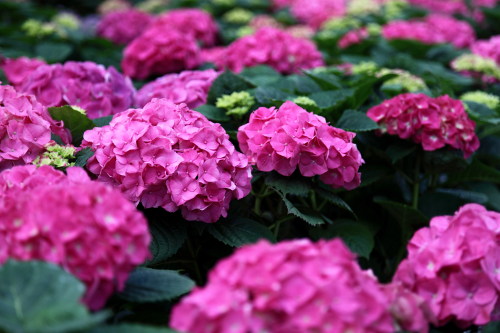 One thought on “Hydrangea: The Flower of Understanding”